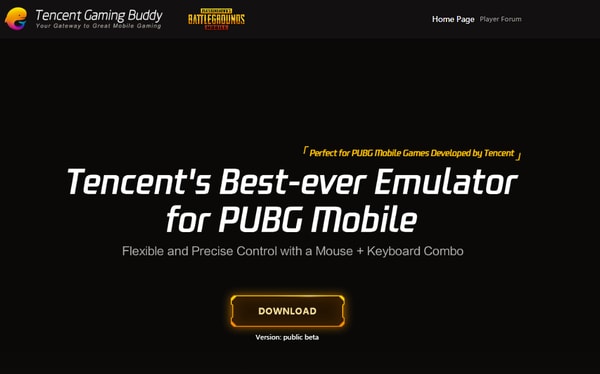 PubG Mobile by Tencent released a new 6km x 6km map, Vikendi. Vikendi, a 6km x 6km snow map, is in the new update version 0.10.0. MAke sure to download it now on your dashboard.

- New Weather added: Snow
- Vikendi-Exclusive vehicle: Snowmobile
- Snowball Fight added to Vikendi's Spawn Island.
- Added a Snow theme to the main menu. Collect bells from all Classic mode matches and exchange them for rewards at the event center!
- Added Arabic language support
- Added cross-server matchmaking. After enabling players to have a chance to be matched with players of the same tier on the servers.
- Players that repeatedly exit matches right after starting will now be banned from finding matches for a certain period of time.
- Players may now report suspicious behavior while spectating after dying.
- Added a display for Crew Challenge winners on Erangel's Spawn Island.
- Players now can collect all daily mission awards at once.
- New commands added to the quick chat.
- Added Lucky Treasure, a feature that gives players a chance to get the upgradable weapon finish Glacier - M416 when they finish daily missions.
-Added Season spending rewards. Spend different amounts to get excellent rewards and large discounts on fireteam finishes.
- Added a feature in the backpack to show sources of unobtained items when tapped.

- Players now do not need to select a second language for matchmaking and chat.
- Chat system now takes up less memory and stores more messages.
- Shop's front page has been optimized to emphasize themes of each major update.

1. First Download the file app here if you did not install it yet.
2. After doing it, You need to go to the download section of your device where you can see the file.
3. Then double-click and simply click start to install. Once done make sure to agree with terms and conditions and run play the program
Download Pubg Emulator on PC