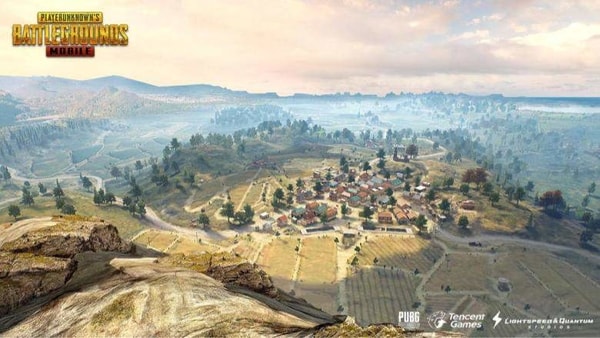 PUBG is a battle royale game where it is focused on being the last one standing is indeed a thrilling match.

Before the mayhem starts, you will need to land and secure your landing and find supplies.
However, how can you do that when you die immediately on the battlefield?

Don’t worry we will help you avoid that mistake of yours in this article. Keep reading to find out how to survive the initial landing phase.

Even the start is not safe for you to laze around and chill. The beginning phase of any battle royale game is intense as much as the midgame.

1. Plan Your Destination
2. Know the Loot per Location
3. Be Vigilant and Check you Surroundings
4. Scout Potential Enemies
5. Survival then Organization
6. Shut up and Drive Initiative

As you can see, the landing part is vital for you to get supplies and plan your game throughout. Once you have supplies and weapons, you can now begin either hunting them down aggressively or sniping and camping on locations.

We will let you worry about your midgame since this discussion will be focused even greater on first minutes of the game.

Once the plane starts to move and you are already in the parachuting area. People will begin to jump and scrounge for supplies. However, don’t follow them and rush recklessly. Plan your advance.

Check the map, the map is very useful for this phase.

The route of the plane will be there and it is up to you to find the destination you want to have. Plan and land to ensure your safety in the early game. Once you know the lay of the land, wherever the plane’s route is, you can set it up early and make sure that you get the best loot and high chance of survivability as well.

2. Know the Loot Rates Per Location

This game is established with the risk involved per player as well. Loot drops and chances of better loot are not equal to every part of the map. Bigger areas like cities would usually contain good loot that can get you set up until the late game as long as you conserve what you have.

Meanwhile, places like shacks and open areas without houses can risk you defenseless in the game until you find a house that may contain loot inside assuming, it has not been looted as well. High risk usually involves high reward and this game is not an exception for that.

So do you go for better loot but higher chances of enemies?

Or perhaps you will choose the safe route but risk yourself getting killed without the chance to fight back. These two choices are up to you since you already know your chances of picking either option.


3. Be Vigilant and Check your Surroundings

You are almost at your destination, the parachute will be soon gone, giving you time to inspect and explore the location you chose to land with.

This is where the pressure and the fight begins. You may never know but some players might have already established their ground there so be careful. Others may have landed early but drifted their parachute to the same location you are so they can make a headstart.

One of the things you need to check is open doors and broken windows, these are the signs that the area might have been looted dry already or there is an enemy waiting for you to be lured in that area for a kill.

If you are not already on the ground and you are still on the parachute it is best to check your surroundings, left, right, up and down.

You need to tally how many enemies do you have close to you. As you scatter and find supplies, you may see them and a conflict may start. The best tactic or weapon win so it is better to know your chances and tell whenever to pick whatever and go or strike at them quickly.

You have landed at your destination, stockpiled a little bit and you are ready for skirmishes in the game. But some may have yet still landed and they are still open and defenseless, determine where they land and strike at them quick.

You don’t want another person ruining your chances for the chicken dinner. Maximize your odds by reducing another enemy to the mix.

Also, it is best to check the surroundings for possible enemies that may be coming to your location to loot as well. You may be a sniper that decide to camp at a building.

However, it is not always safe to just scope around.

Always check other areas of your building to ensure safety. Use your ears to listen to footsteps and gunshots. In this way, you can prepare for possible enemies and avoid future conflict if the number of enemies is too many for you.

The beginning of the game can be crazy and scary, you will be tasked with a decision you need to make once the game has started rolling, will you a pick a sub-machine gun for burst damage from close quarter combats or rifle for overall range and damage.

Shotguns for one-shot kills or sniper for long range takedowns. Nevermind those things first and survive, make sure you are the only one at your location or the other enemies are far away from you. Organizing equipment and weapons can wait.

For early game, we suggest you use the shotgun, more or less it will only be a one-shot kill as players are usually underpowered with weak weapons and unarmored, making it an easy kill.

6.Shut Up and Drive Initiative

Thought it was a great spot but then 30+ players thought of it as well.

Want to escape the possible bloodbath that is bound to happen since the players will be converging in that area?

We got you covered! If you are still in the parachute, it is a good idea to search for a vehicle. Find a vehicle that can provide you cover and has a lot of armor, if it’s fast as well then go. But to be honest, any vehicle is good as long as you can get away with it.

Drive it away from that destination. Find an area where few or even no people will dare to enter since it is far from the safe zone but at the same time, it will offer decent to great loot since it can be a city, urban location or even a military base.

Once the bloodbath is over and you have great equipment now, return and own your enemies!

Some plans are never perfect. Not all scenarios will play according to your desired paths. But practice and playing even harder will be essential for you to win a battle royale game.

Just remember the basics and the important tips that have been given to you and do your best to succeed in the battle!

Sir,i am from Bangladesh.I love this PUBG Game but on problem my device doesn't support PUBG Game. Please sir answer me how can this solution.