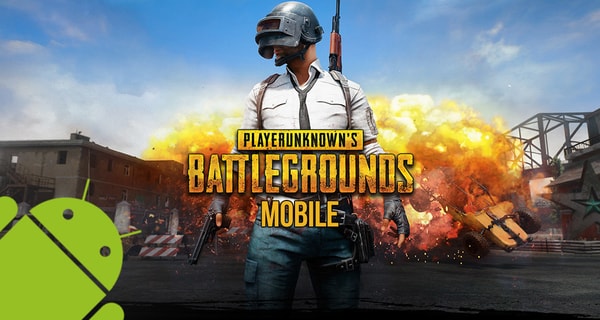 The original battle royale game has arrived (if you don’t include DayZ’s modification that is) on mobile. Presenting PlayerUnknown’s BattleGrounds Mobile!
From the developers that have created and collaborated with a lot of games such as League of Legends, Arena of Valor, CrossFire and more.

They will be releasing the official map for PUBG on mobile scene and it has received great amounts of praise from players as well.


If you want to know more about it. We will talk about it all and more.

PUBG Mobile is not a mobile game from the start, obviously, it started from the PC, with the same name as well, excluding the mobile.

Created by PUBG Corporation, they unleashed the game first in Early Access on Steam, gaining traction and a cult following, they released it fully and remained the same price. They ushered in the battlegrounds/battle royale genre to a whole new level where players can partake in 100-player free-for-all matchups, who will win? That depends on their survival.

Gather up your weapons and supplies, just like the movie, Hunger Games, although the difference is that you will be parachuted from the sky.

Run through a large map that may have enemies on the loose and can kill you when spotted. Avoid the radiation and go to the safe zone while the time is ticking, whoever, it will never be forever on your side as the map grows smaller with radiation taking the most of it and more players cramped up, destined to kill each other and gain the ultimate price, CHICKEN DINNER.

PUBG Mobile offers that and more, with the inclusion of mobile services that may be convenient for those always on the go.

How to play the game?

First of all, you will need to download the official app on the play store or find a clean version of the game, in an APK website, however, find a reputable APK website as there may be viruses inputted on the game if you downloaded it on a fishy site.

Like any other battlegrounds game, name your character, practice some and finally play in the games, you will learn the game through this and be the best among the rest.

Battleground games always recommend a high setting to work and PUBG is not excluded from that one. To play the game in great performance you will need to have at least 2 gigabytes of RAM to play and have the Android version 5.1.1.

However, you may be able to play it at lower versions but otherwise, you will need to upgrade your phone to play it.

And that ends our basic information regarding PUBG Mobile, do you want to play this game more now? If so, let us know. For more information about PUBG Mobile and its new updates and features, stay tuned!

Can we chat using microphones

No Problem Game The Bug FİX!!!

@PUBGMOBILE HELP! My friend @MrxFlip bought the wrong pass (Royal) and wants to upgrade to the Elite, can he get the Elite Pass and pay the difference?

hello,i am computer user i download the PHOEIX OS . and i download apk pubg mobile.i play in the phoeix os ?